Drones - how new flying robots can benefit sailors, from unique photography to MOB and rescue aids

New waterproof drones, or quadcopters, with payload carrying and release mechanisms could open up new opportunities for sea search and rescue. They can also be your 'eyes in the crow's nest' when approaching unknown shoals - and they make for annoyingly cool toys...

Drones. Love them, hate them or fear them, these unmanned aerial vehicles (UAV) are becoming mainstream.

Outside the military, a drone’s primary benefit – aerial photography – has meant their popularity has skyrocketed in commercial civilian circles, where they are mainly used for producing film or using the imagery for inspection purposes.

And it is thought that over a million domestic drones or quadcopters are already in use. Some have built-in cameras, some are designed to carry HD action cams such as a GoPro, and some can carry payloads. They are controlled using remote joysticks or via mobile devices using wi-fi. 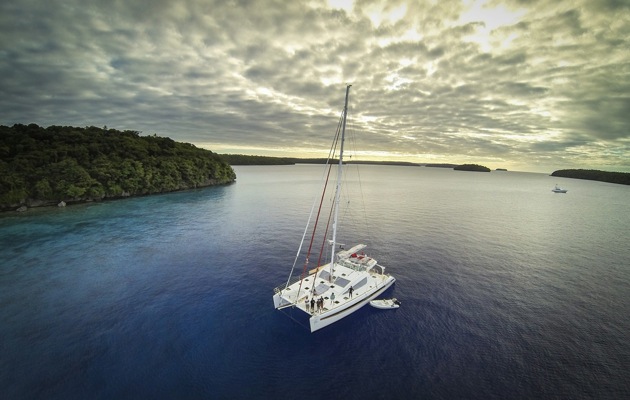 Drone pictures will change the way we can see our yachts

In sailing, drones have so far given us a new video angle, the type of close-up aerial footage a helicopter struggles to get with yachts under sail. And they’re portable. Drone footage from the current Volvo Ocean Race has been particularly impressive for example. 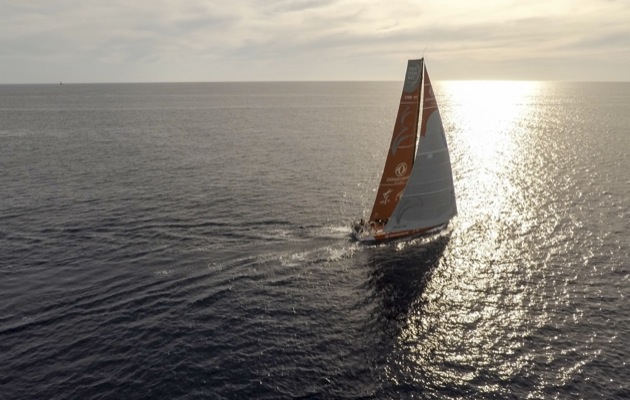 Dongfeng Racing uses a DJI Phantom 2 drone with a GoPro HERO4 to capture their off-boat imagery.

The downsides? Although great for media and high-profile team training, drone photography can be costly, risky and annoying for other sailors in the vicinity.

However, some new quadcopter-type drones are coming onto the market now that may put them more into the average sailor’s focus. These include the first waterproof model (Splash Drone), another that flies autonomously to film your every move (Lily), and one that can drop a lifesaving device to a casualty in the water (Ryptide).

In the Splash Drone and Ryptide, we will see a couple of new types of drone models available with payload release devices that are of particular potential benefit to sailors. One of the initial goals of the Splash Drone was to be able to ignite and carry a flare to attract attention, while the Ryptide design enables existing drones to carry a life-ring to a swimmer or man overboard. 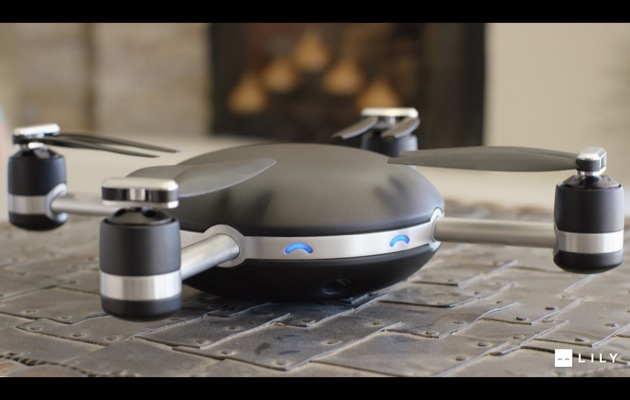 It’s even got eyes – the remarkable new Lily drone

The Lily cam should be the first throw-and-shoot camera copter available when it launches in February 2016 – which means that, yes, it automatically follows and films its user! And it’s waterproof…

Casually chuck it in the air (or sea) and it will orient itself before following you around for 20 minutes, capturing the most incredible HD aerial footage, all automatically. It all looks incredibly cool, if a little futuristically scary.

The footage produced by a Lily for the company’s initial promotional video above is awesome (viewed nearly 5m times in the first fortnight). 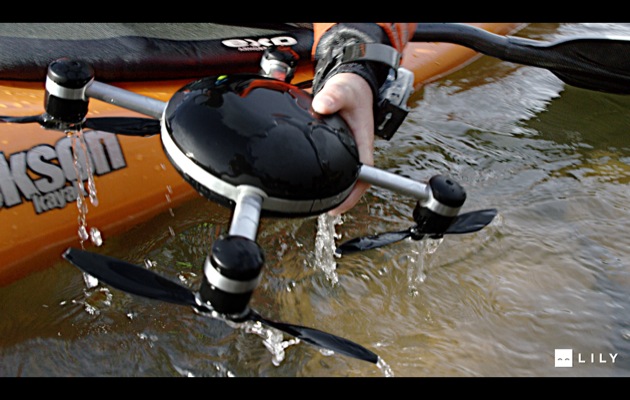 Lily will fly at up to 25mph and its maker advises its use in less than 15mph wind, so it won’t suit high-speed sailors. But for those interested in getting unique aerial footage of their yacht sailing, their adventures onboard or their surroundings, Lily could be their ultimate new toy.

It will follow the user, take footage from in front and is capable of slow-motion pictures, at an impressive 1080P, or 360° loop views. Footage is streamed in low resolution and it can record high-quality sound. And at US$499 for those who pre-order, it looks like impressive value. 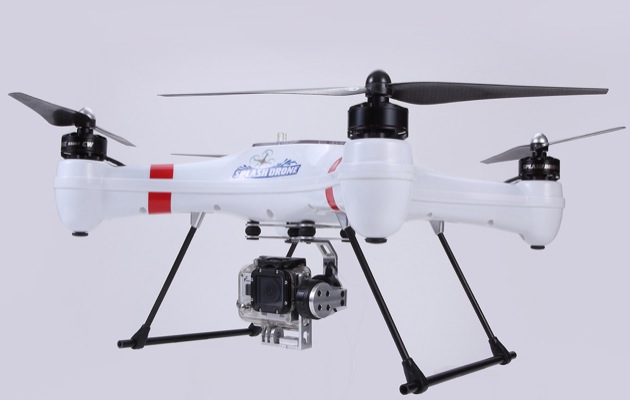 This is perhaps the most relevant new drone for sailors and sailing photographers, as it is the first fully waterproof quadcopter – and it floats. It is not only designed to carry a GoPro, but has a payload release feature for carrying and releasing other items, including safety gear.

Founder Alex Rodriguez told me they are currently implementing an electronic emergency flare. “I think this feature will forever change the way emergency flares are deployed,” said Rodriguez. “A flare right now only lasts about 10 to 15 seconds in the air, with the Splash Drone, you will be able to deploy and emergency flare for 17 to 20 minutes at an altitude of 400 feet. This will give you a much better chance of being seen in an emergency situation.”

“The payload release was put there specifically for boaters,” Rodriguez told YW. “Imagine if there’s someone drowning, you can only throw a flotation device so far, but with the Splash Drone’s payload release mechanism you can deliver and drop a life vest much farther and accurately. You can also drop anything you want from one boat to another.”

The Splash Drone also has autonomous features, including a ‘follow me’ mode, and can return to base at the flick of a switch. It is controlled with a smartphone or a joystick remote controller and it provides a live video feed.

This US high school project received funding through Kickstarter to develop lifesaving aids for swimmers caught in rips. Students developed a drop mechanism to use with a range of existing drones for deploying an auto-inflating SOLAS-approved lifesaving ring.

Using the radio control, the lifering can be dropped next to a swimmer in distress, to provide 18kg of buoyancy.

The drop mechanism uses the same radio channel that is used to control a camera gimbal on many drones. Together with the two vinyl loops used for carrying the lifering, the system attaches quickly to a drone. Advanced systems have the ability to drop up to four rings.

As the big risk of using a drone at sea is the potentially expensive loss of the equipment, a secondary benefit of the Ryptide device is as a ‘drone preserver’. If a drone goes down, this could prevent it from sinking. 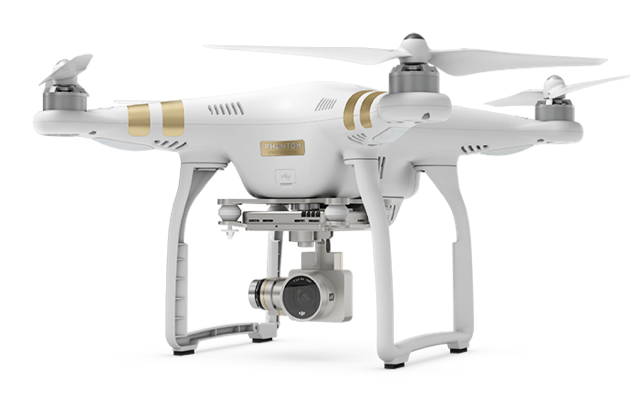 DJI, the largest producer of camera drones, has sold over 500,000 of the Phantom model, of which this Phantom 3 Advanced is the latest. It includes a 1080P HD 12MP camera and you get live HD viewing, up to 1.2 miles away, through the dedicated remote controller. £899. www.dji.com 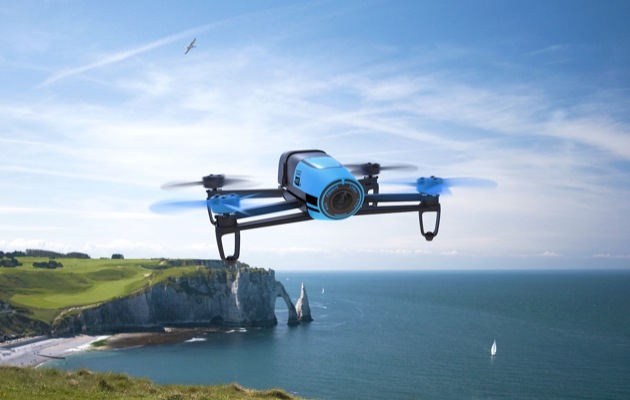 The Parrot Bebop drone can be controlled from your smartphone

The Parrot Bebop allows you to control it and view the 1080P resolution footage from a tablet or smartphone. It has an emergency landing and return-home feature, but only provides ten minutes of flight time. £429.99 www.parrot.com