Azzam is owned by Sheikh Khalifa bin Zayed Al Nahyan who is the Emir of Abu Dhabi and UAE President of the United Arab Emirates. He is considered to be one of the world's wealthiest people as he has a net worth of around $15 billion. Azzam was built by the luxury yacht builder Lurssen for $400 million. She is a lengthy 180 metres (590 feet), can accommodate 36 guests in 18 cabins and 60 crew members in 30 cabins. She can navigate at speeds of more than 30 knots and is powered by two gas turbines and two diesel engines that have a total of 94,000 horse power. Azzam is also rumored to have a bulletproof master suite AND a missile defence system.

This 533 ft vessel is owned by Chelsea FC owner and Russian billionaire Roman Abramovich. His net worth is $8.3 billion! Eclipse has two swimming pools, two helicopter pads and apparently has an anti paparazzi system in which a laser is used to detect the electronic light sensors that cameras use. The camera is then targeted with a beam of light that overexposes the photo. Eclipse needs a large 70 crew members to operate her.

The 512 ft Dilbar is owned by Alisher Usmanov. He has a net worth of $13.4 billion and is one of Russia's richest men as his wealth comes from mining and investments and he is now a major shareholder in Arsenal Football Club. The vessel cost at least $600 million and can accommodate around 40 guests and 80 crew members. Dilbar is also the biggest yacht measured in volume. David Geffen who is an American producer, film studio executive and philanthropist, owns the 454 ft Rising Sun. She can hold up to 16 guests in 8 cabins and 45 crew members in 30 cabins. Her value is $300 million and her owners net worth is around $6.5 billion. Rising Sun was orginially purchased by Larry Ellison who is the CEO of Oracle Corporation but is currently owned by Geffen. She apparently cost $200 million to build! 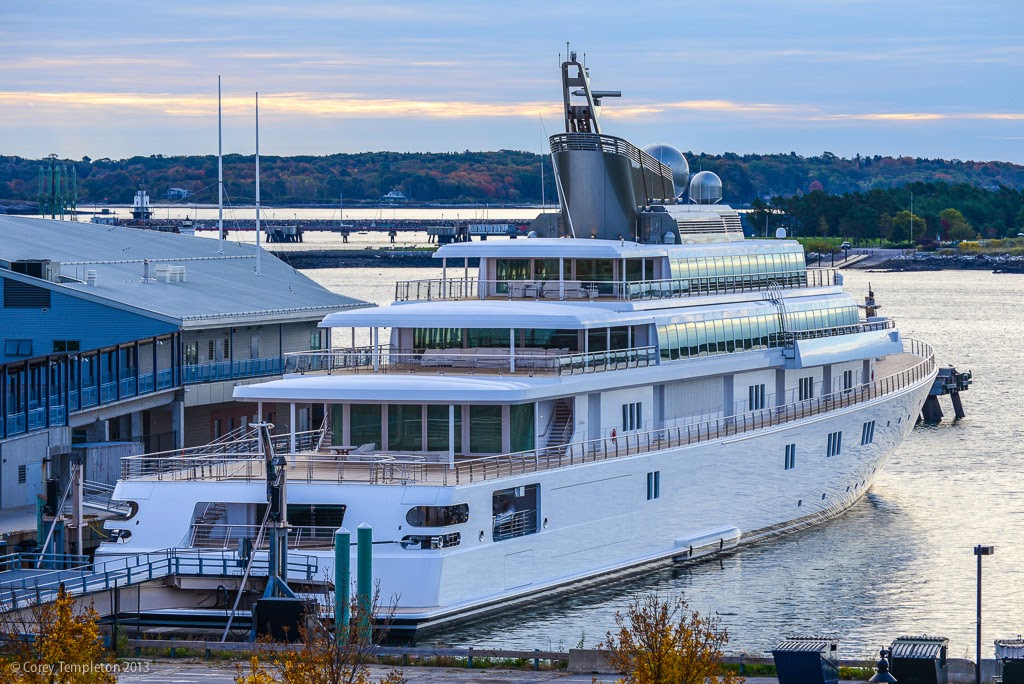 Octopus is owned by one of the richest men, Paul Allen. He founded Microsoft together with Bill Gates in 1975. He also has his own private management company called Vulcan Inc and he invests in real estate, technology, media and content companies. His net worth is around $17.7 billion! The 414 ft vessel that values at $250 million, has a large helicopter shelter that can cover two helicopters. She also has a glass bottom pool and a 10 person submarine. The vessel also includes a music recording studio on the bridge deck, a lounge, a cinema, a juice bar near the gym, a salon and a medical center. She can accommodate 26 guests in 13 cabins and 57 crew members in 28 cabins. 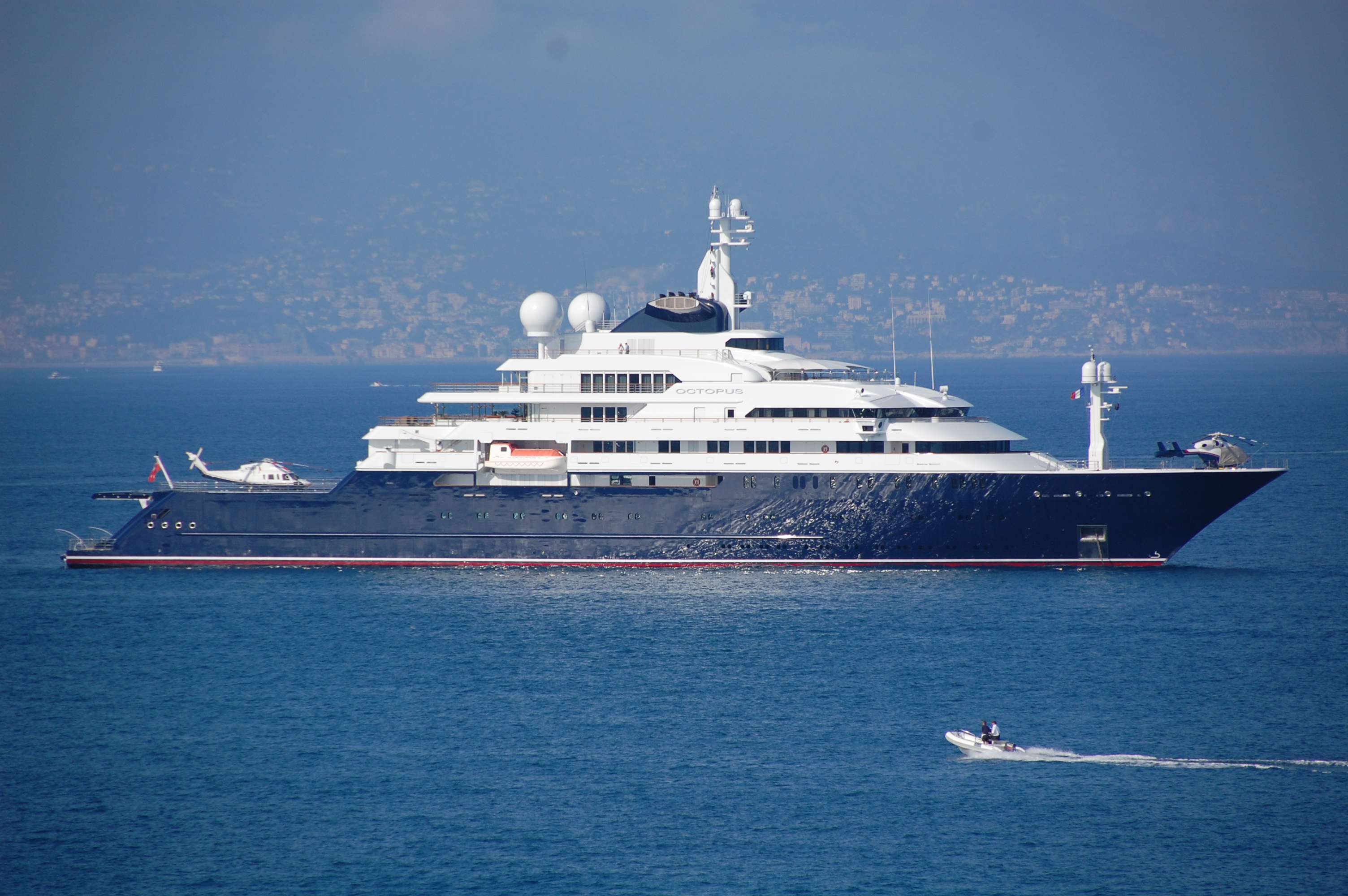 Which one is your favourite? Let us know!